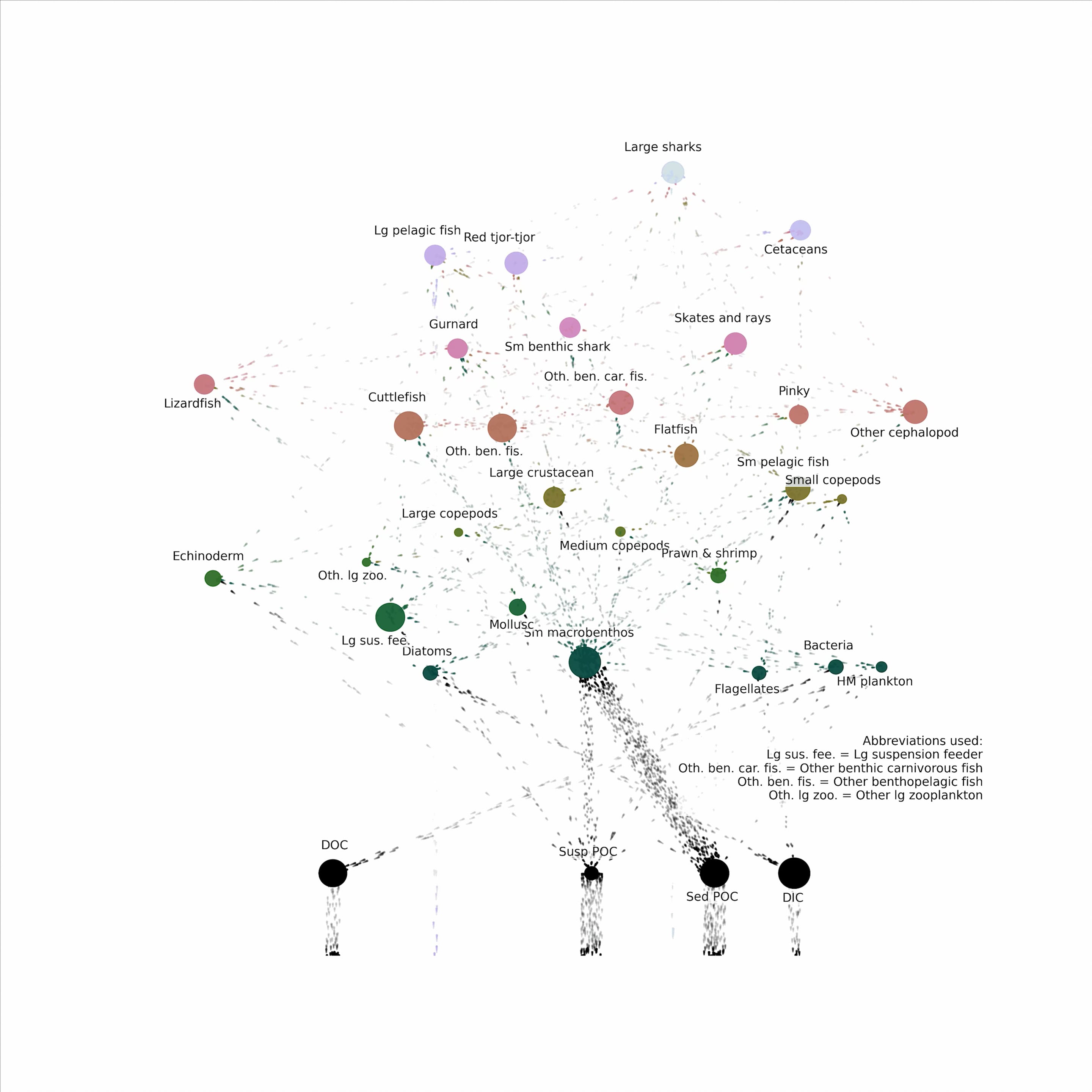 Ecologists first began using web structures in the late 1970's to model the interaction of various species in an ecosystem. The basic construction of a food web as an amalgamation of different food chains remains the same today.

Initially, of food webs were primarily used to visualize the connection between predators and prey, and were more or less limited to use in education, as opposed to a research tool. Developments in computing over the last several decades have changed this, and ecologists now use computer generated trophic models as ecosystem simulations in their research.

A foundational work in this sphere is Models in Ecology, by John Maynard Smith. This 1974 work, borrowing from is regarded as the first serious attempt to computationally model ecological evolution.  Since then, ecological modeling of all sorts has continued to borrow much from game theory, and the theoretic construction of modeling variables bears much in resemblance to economic modeling, and the field is generally called "Evolutionary Game Theory." The discipline has since developed empirical models to explain the niche behaviors of myriad species and ecological relationships.

Naturally,  trophic models are often implemented as directed graph structures. The graph's directionality allows for not only visualizing  the direction of energy flow in a system, but also the magnitude of the flow. In complex trophic models, this magnitude is often expressed as edge weight.

Attempts to computational simulate ecosystems often use digraph structures in their approach. For example,  In his paper, "Evolving Complex Food Webs," University of Manchester professor Alan McKane, develops a semi-stochastic model that  simulates the evolution of an ecosystem from a single species across finite time periods. The model takes into account factors such as the inherited attributes that make a species unique, how species interact with each other based on these attributes, and how competition amongst predators causes feeding habits to change in the (relatively) short term, and the decline and origin of new species in the relatively long term.  A link to his paper can be found here.

As an aside, I am still attempting to recreate his simulation in python, with the eventual goal of visually displaying the evolutionary processes it models. My work up to this point is available here  on github.

A web generated from McKane's model